We spent some time in Pigeon Forge, Tennessee, last month. While we were there, we paid a visit to the Hollywood Wax Museum using a blogger promotion discount we received through US Family Guide. 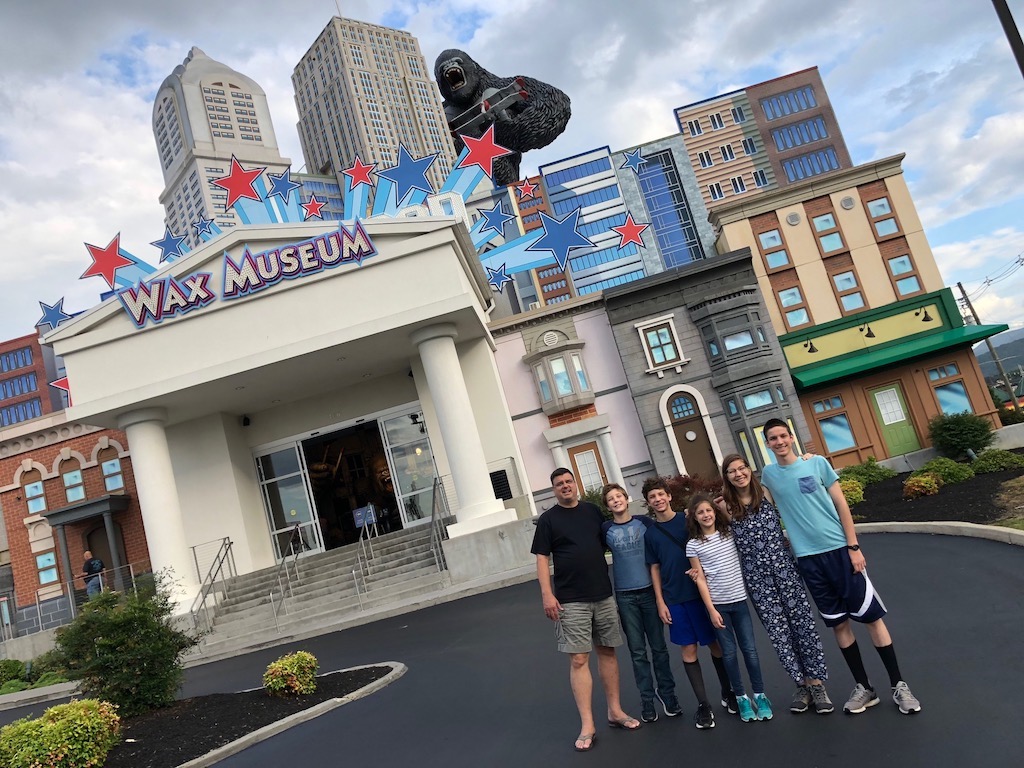 We’d gone to the Hollywood Wax Museum in Branson last year, so I was pretty confident we’d enjoy this one, too. And we did — thoroughly! 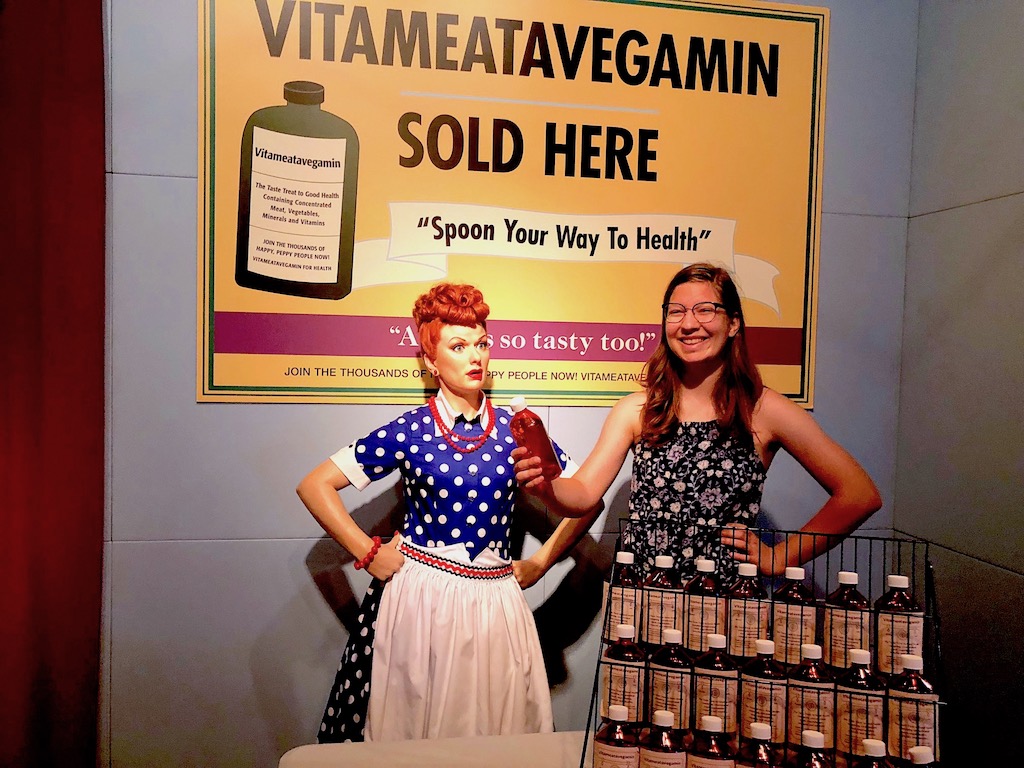 Like its sister-site, Pigeon Forge’s Hollywood Wax Museum features scores of lifelike wax figures, with interactive props for posing. We had a blast snapping photos with all the stars. 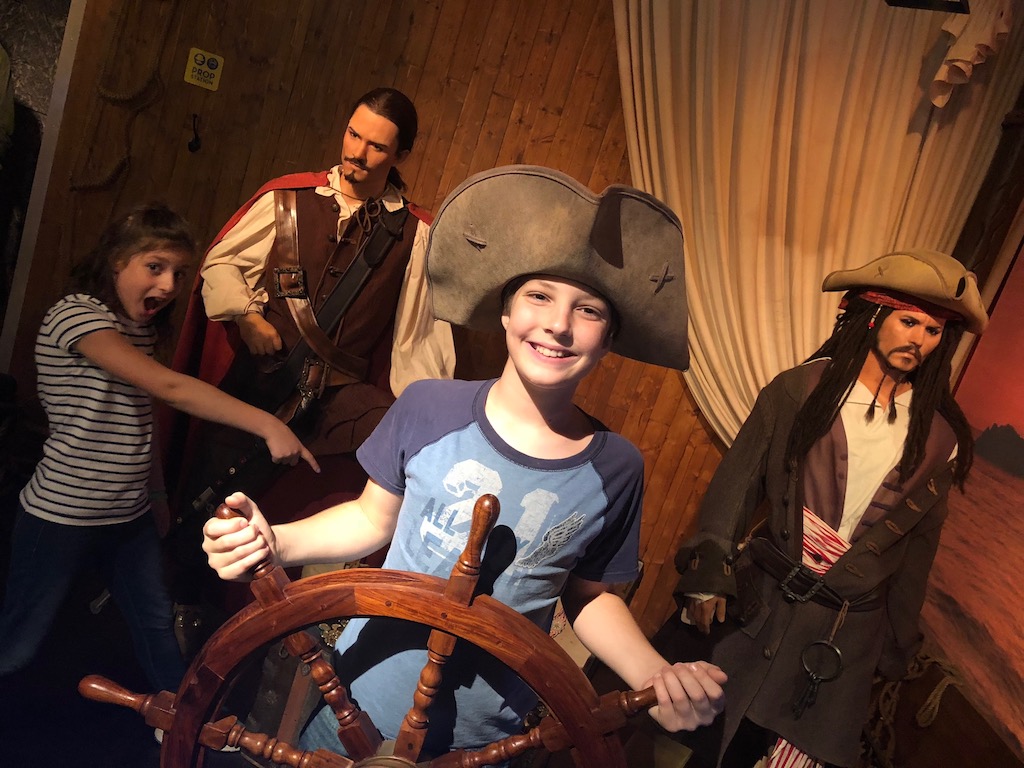 We found many of our old favorites, like Captain Jack Sparrow and Rocky Balboa and Forrest Gump: 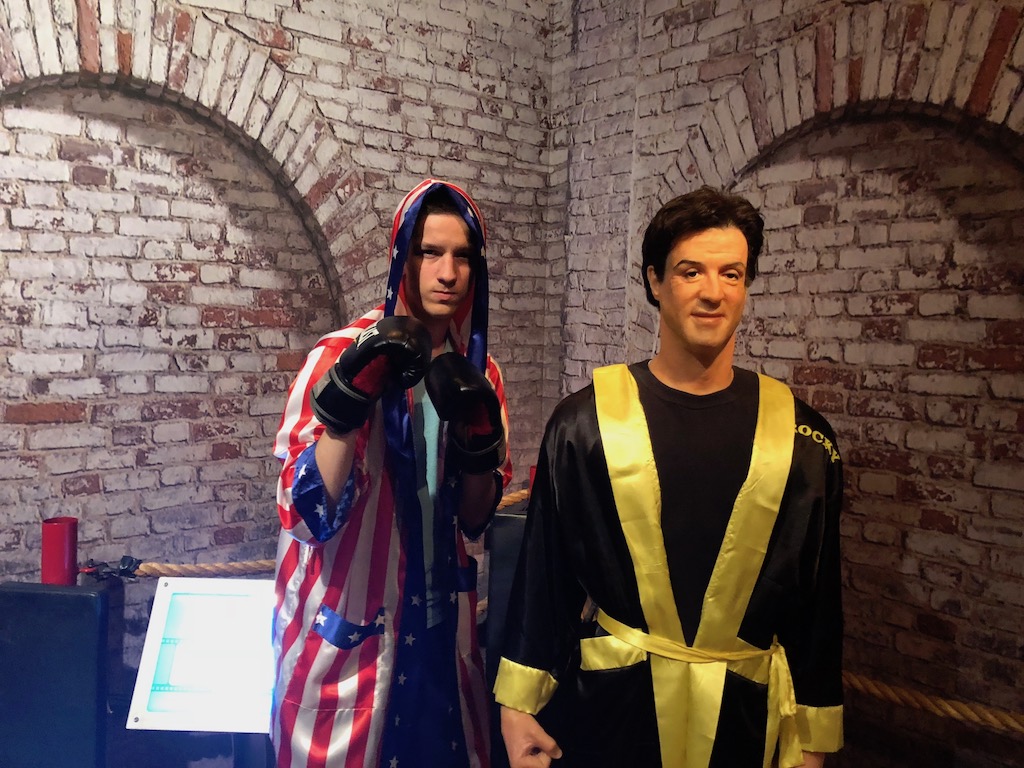 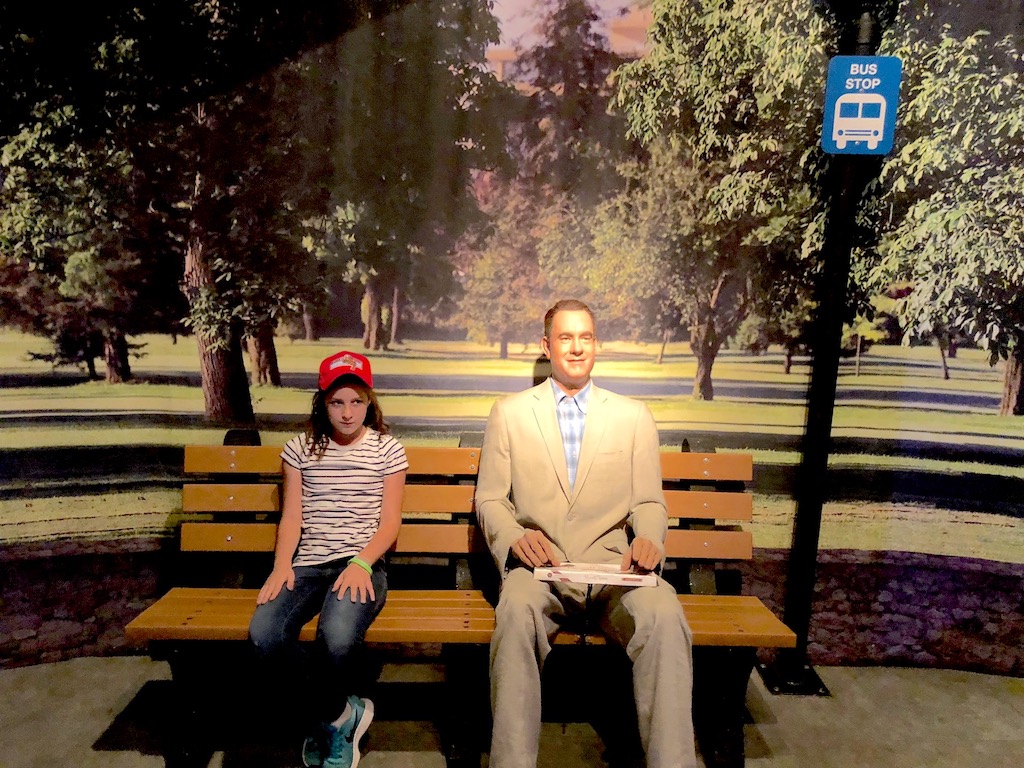 The famous figures aren’t limited to stars from the silver screen. The museum also showcases a lot of musicians from a many different genres. The Country & Western greats included Johnny Cash and Dolly Parton: 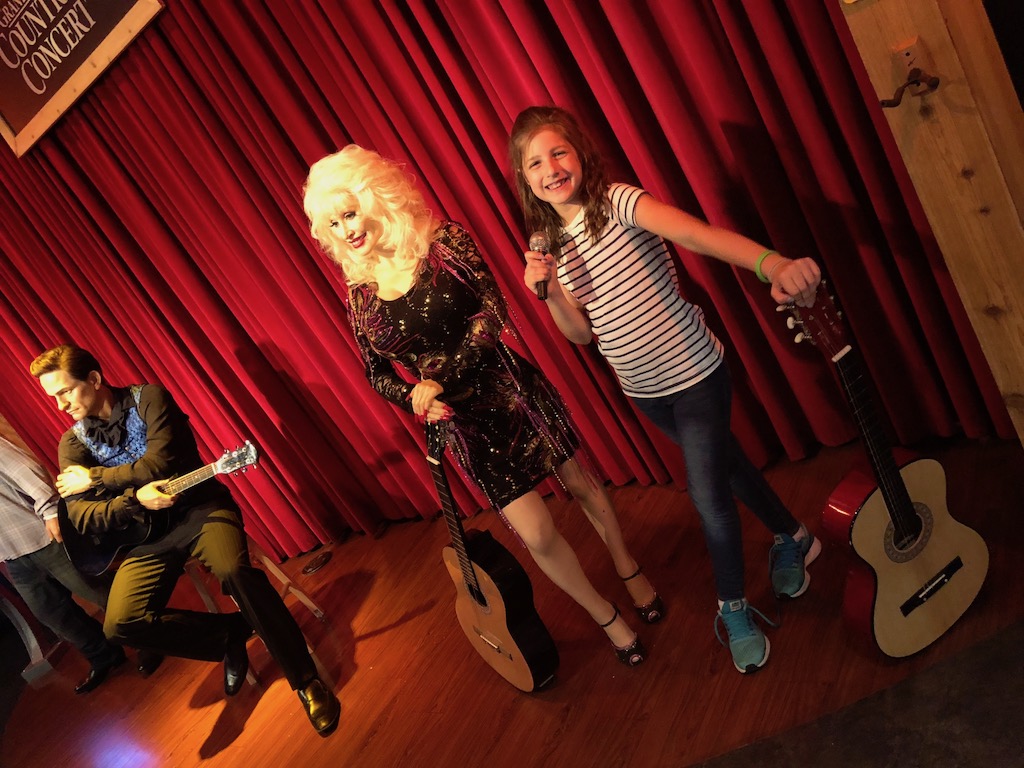 Also displayed are scenes from iconic television shows, like this transporter room from Star Trek: 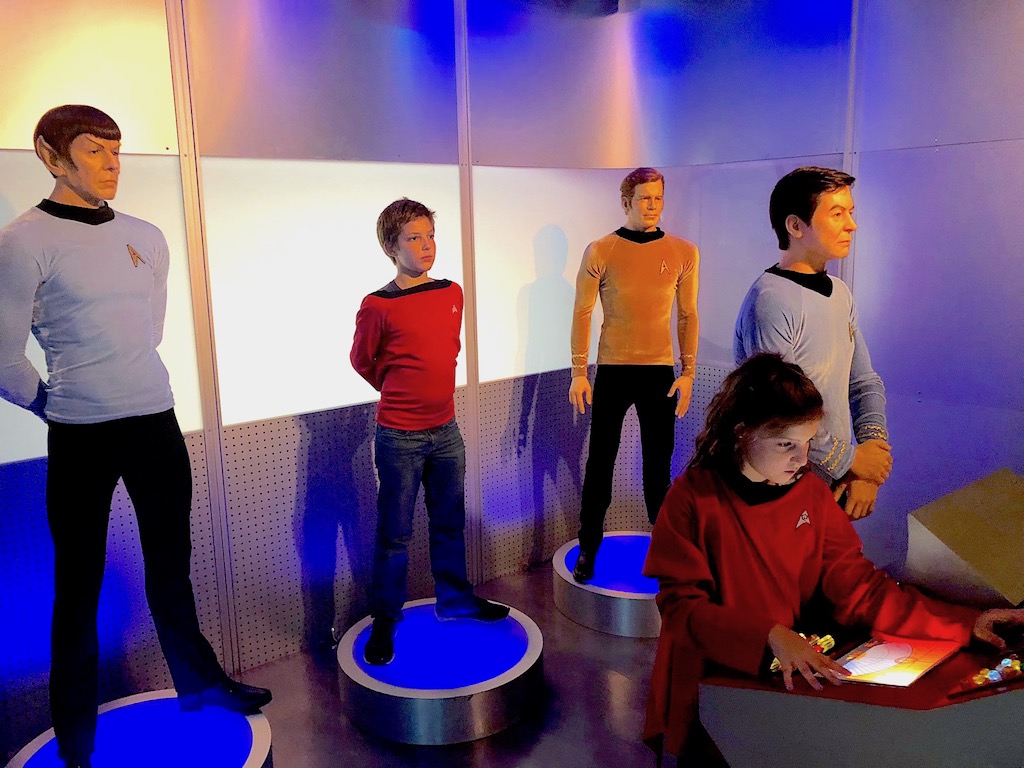 Every figure is identified by a plaque, many of which also provide interesting facts and tidbits about their life or career. That’s how we learned that Jack Nicholson shares my husband’s birthday. And Michael Caine first spotted his wife in a coffee commercial. 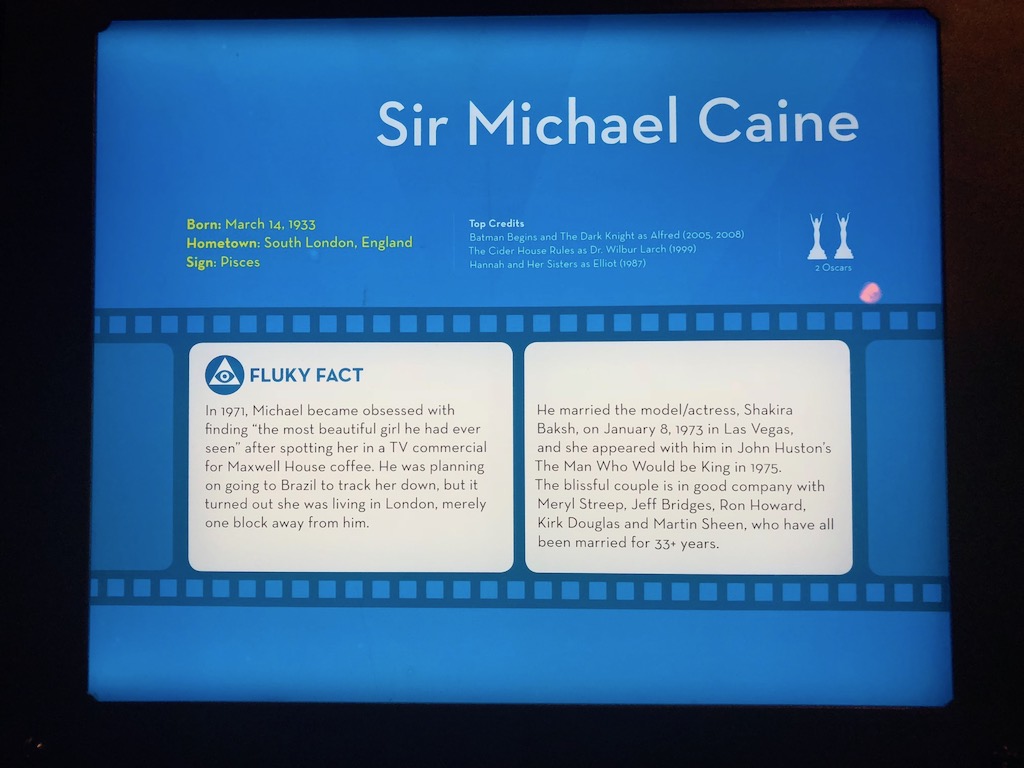 And Keanu Reeves gave a Harley Davidson motorcycle to every member of his stunt team when filming the Matrix sequel. 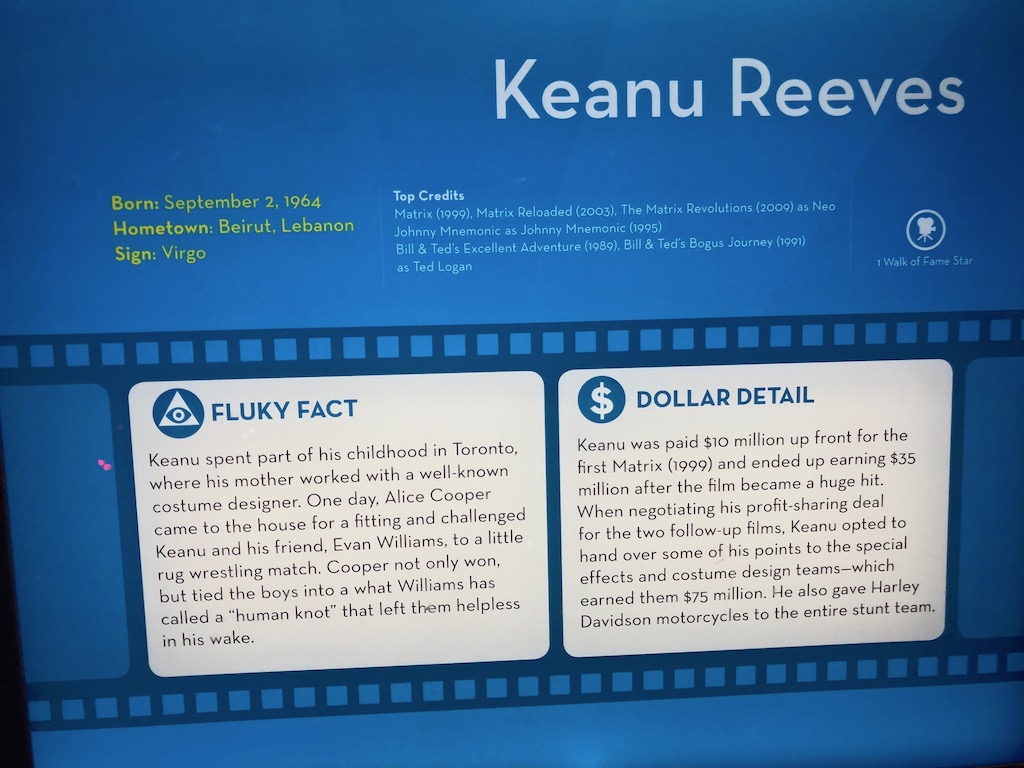 Something different at the Pigeon Forge location is the fact there’s observation deck built in and around King Kong atop the building. 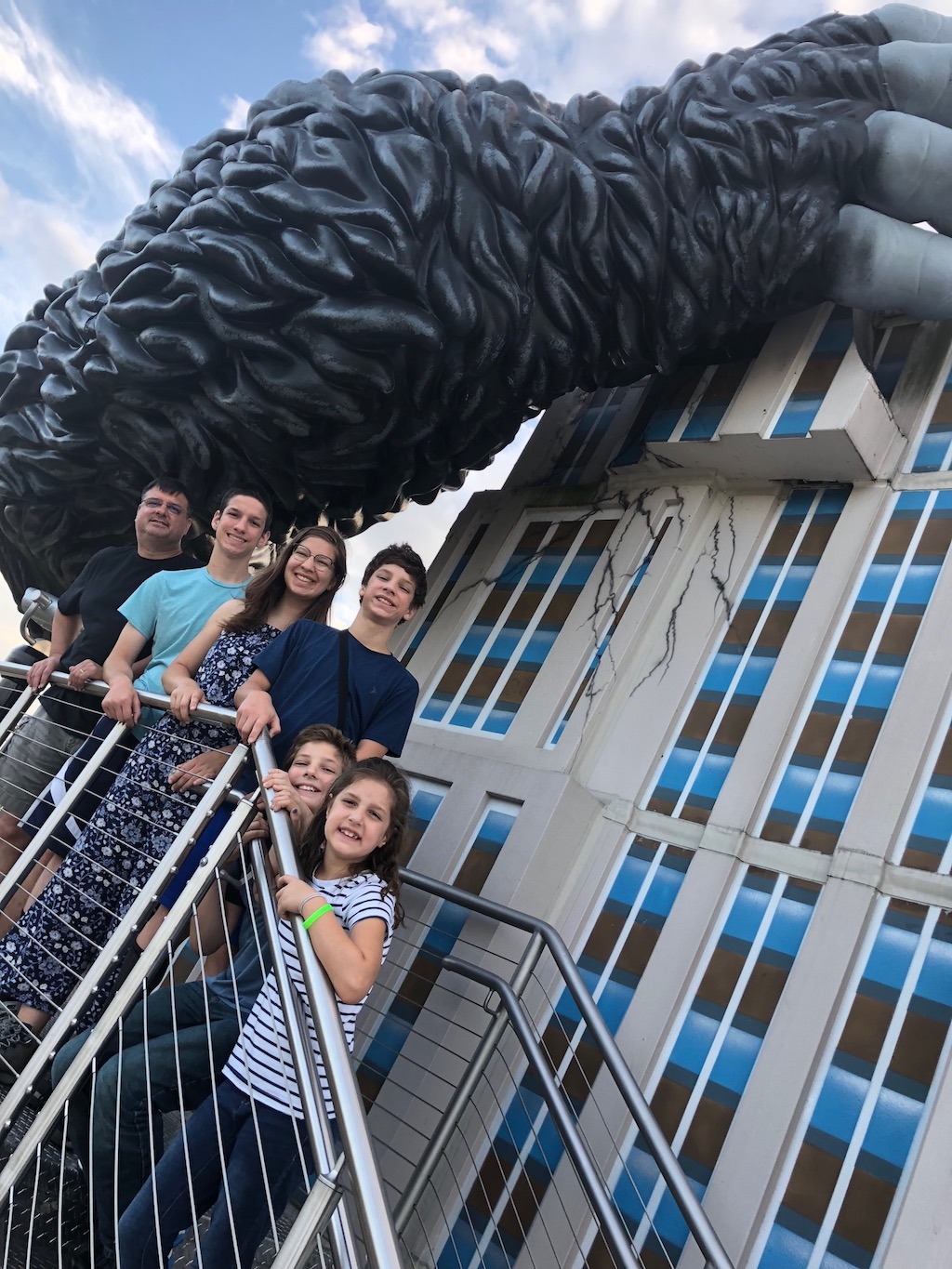 The observation deck is included with the all-access pass and offers great views of the Smoky Mountains stretched out behind the city. 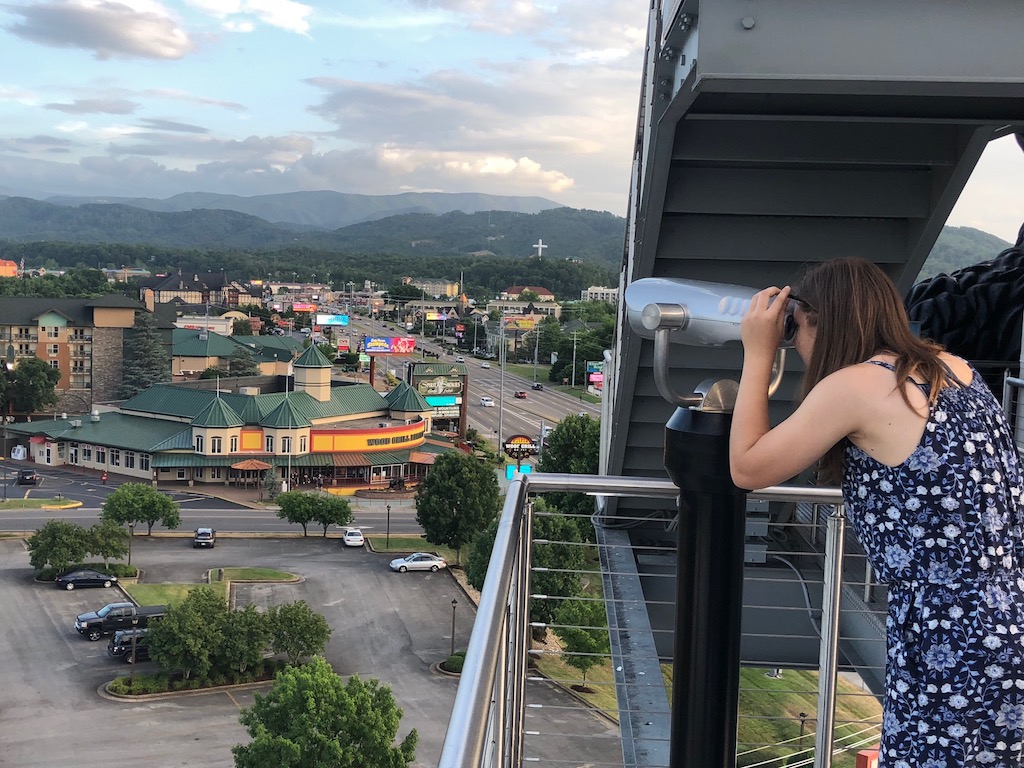 In the opposite direction, we spied a gorgeous sunset (although we didn’t stay to see it go all the way down). 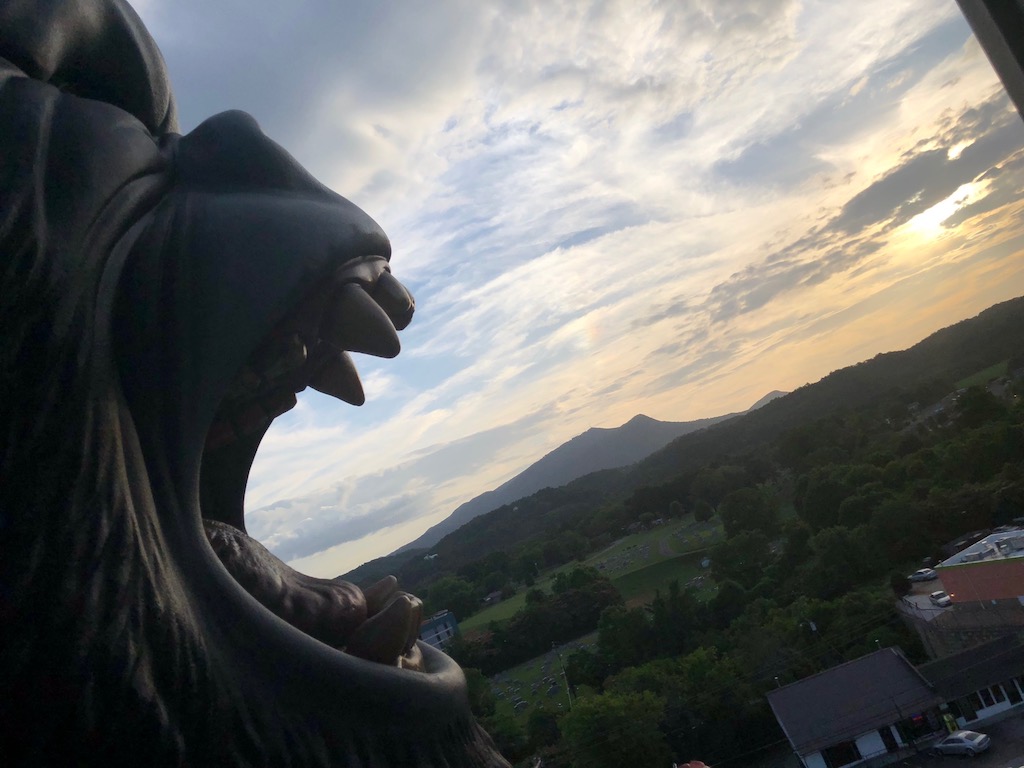 The remaining attractions at Hollywood Entertainment Center are housed in a separate building. It shares the same parking lot as the wax museum and is just a short stroll away. 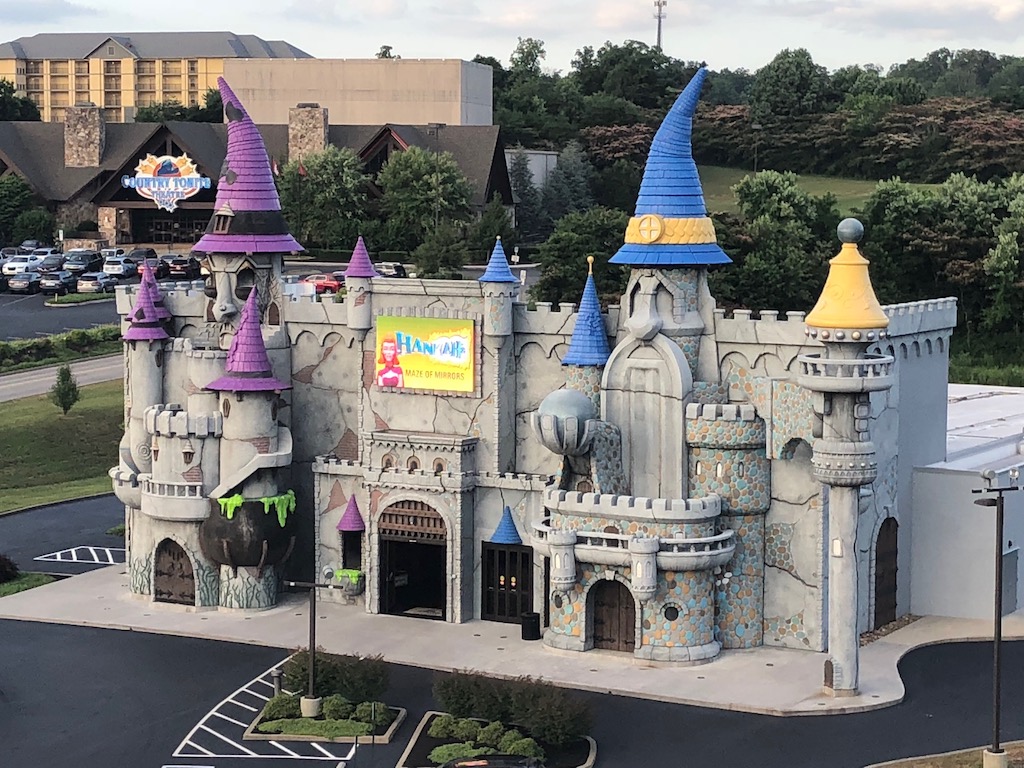 First we tried Hannah’s Maze of Mirrors. Each of us were issued a pair of gloves, so we wouldn’t leave any fingerprints on mirrors to help guide those who came after. What made this maze extra challenging, compared to some similar mazes we’ve tried in the past, is the fact the lighting was constantly changing, so we weren’t able to use color as a clue to keep track of where we were. 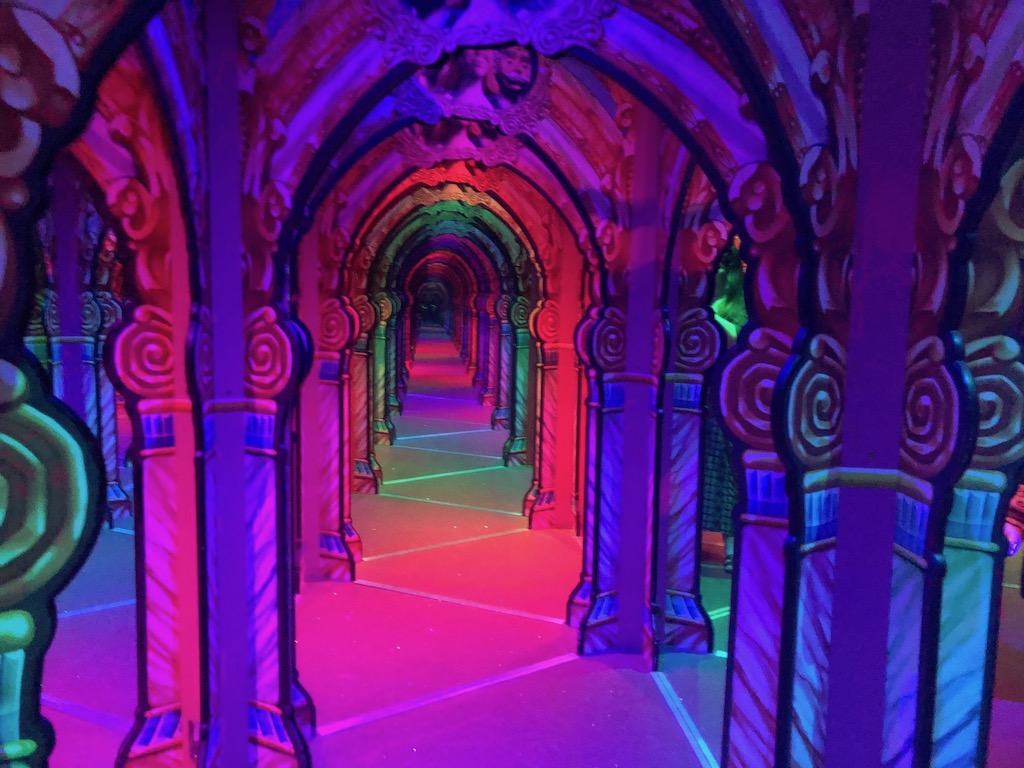 Isaac finished first, after noticing the flooring strips between mirrors are slightly wider than those between the passages. That knowledge didn’t keep the rest of us from wandering around in circles. 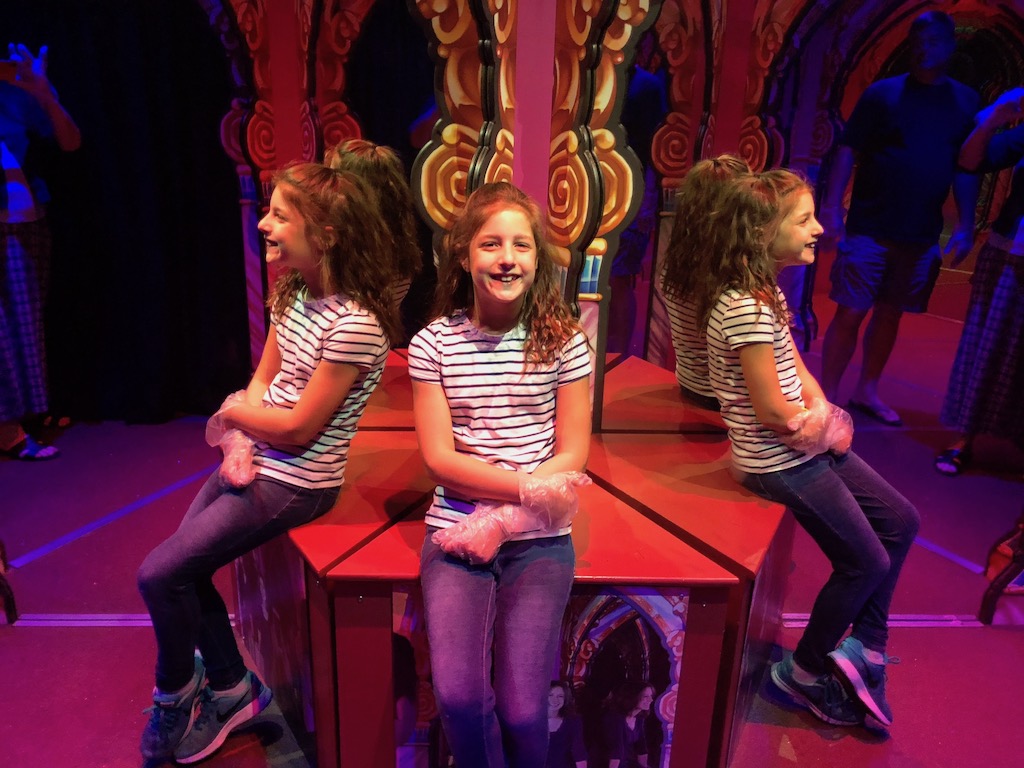 We might still be trying to find our way out had Isaac not come back to rescue us. 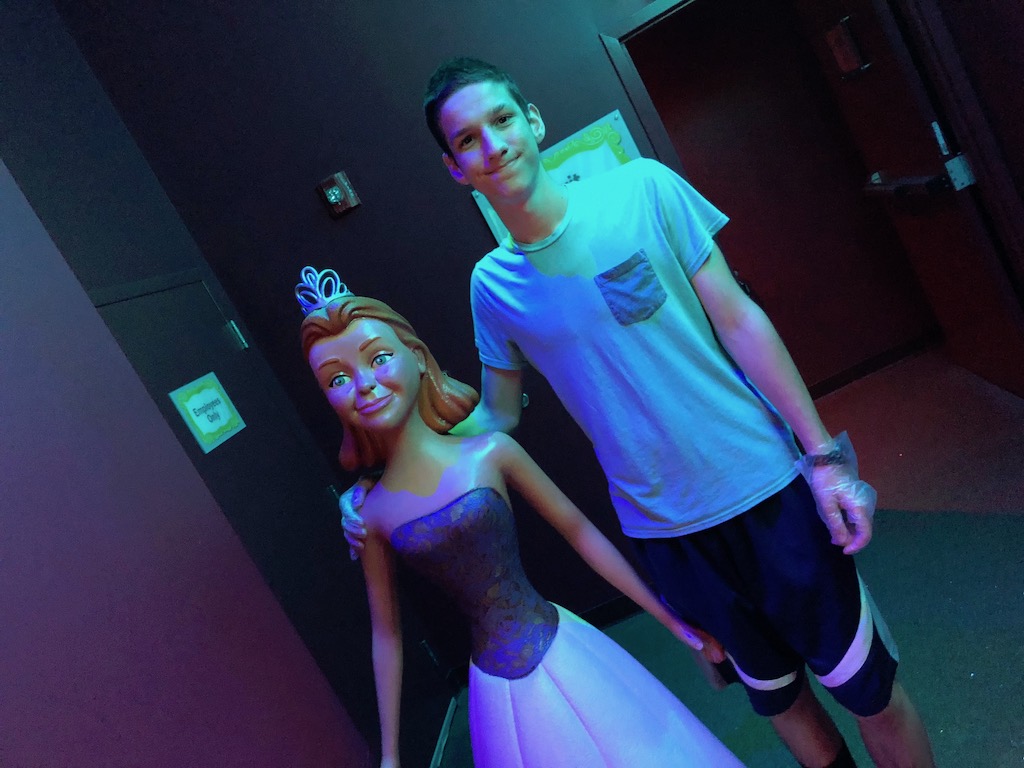 Next, we tried out the Castle of Chaos. Our whole family loved this 4-D Movie and competed to see which of us could shoot the most rogue robots. Players score bonus points by shooting badges, but lose points when they shoot people. Isaac won (again), although Dad came in a close second this time around. 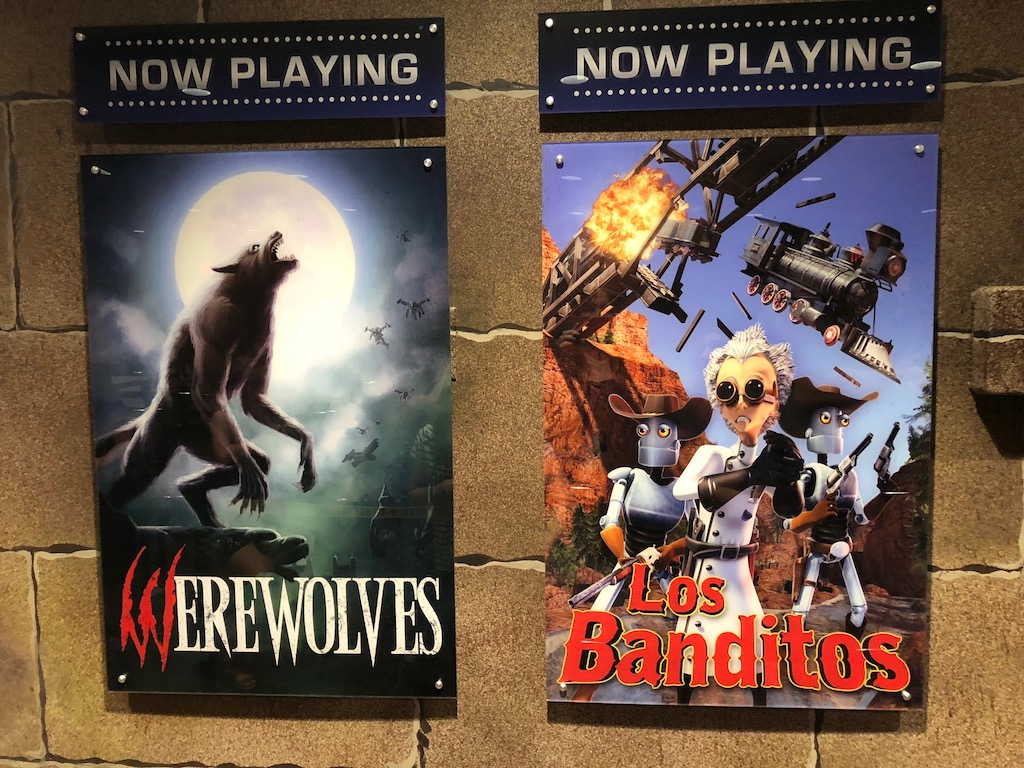 Last of all, we checked out “Dread of the Undead.” I totally didn’t know what I was getting myself into with this one. If you have a weak bladder, I’d advise you to take advantage of the restrooms next to the entry before beginning.

The back story for this attraction is that something has gone terribly wrong in an experimental science lab and zombies have now overtaken the premises. You’re trapped inside and have to make your way to safety without being attacked. 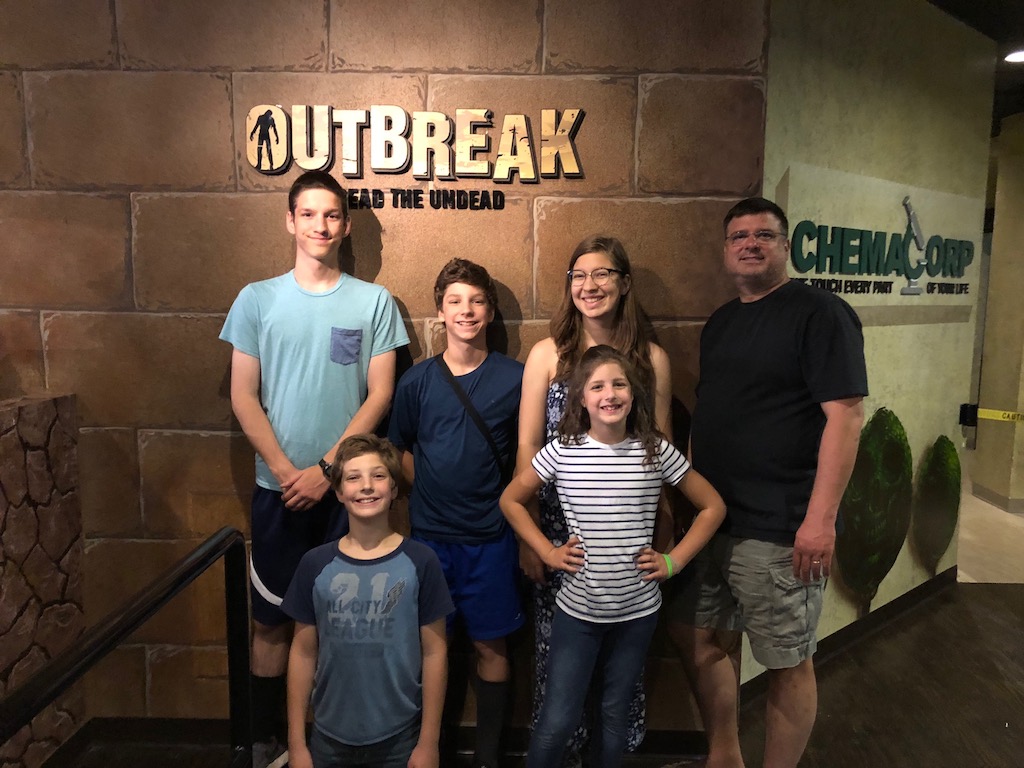 Spoiler warning: Most of the figures in this exhibit are wax, but a few of them are employees dressed up to look like zombies. Even though they tell you from the beginning that none of them will touch you, it is still a bit unnerving to walk through narrow passages with such ghastly creatures groaning and reaching for you.

I normally steer clear of anything that even remotely resembles a haunted house or apocalyptic horror scene, so I really don’t have anything to compare this one to. I will tell you that four of us did not make it through the entire exhibit.

Fortunately, there were lots of exits readily available, which the live zombies were kind enough to point out to us, in a bizarre break from character (“Is your little girl okay?” one would ask in a concerned and sympathetic tone, “You can get out through that door if this is too scary for her.”).

Three in our party did persevere to the very end. Doug tells me the whole exhibit seemed very sophisticated (“They even used real anesthesia carts in the surgical suites!”).

When an employee zombie cornered our 10-year old Gabriel at the end of the tour, Gabbers smiled sweetly, held up his hand, and asked, “High five?” True to his word, the zombie didn’t touch him, even to slap palms, but growled through a blank-eyed expression and pointed him to the exit.

Overall impression: Hollywood Wax Museum makes an interesting and fun family activity. We would definitely go back (although next time, four of us will probably sit out of the Zombie adventure altogether. With the all-access pass, you have the option of seeing a second 4-D film, instead.

NOTE: Planning a trip to Pigeon Forge? If you’d like to check out Hollywood Wax Museum yourself, you can use this coupon to receive $2 off an all-access pass. 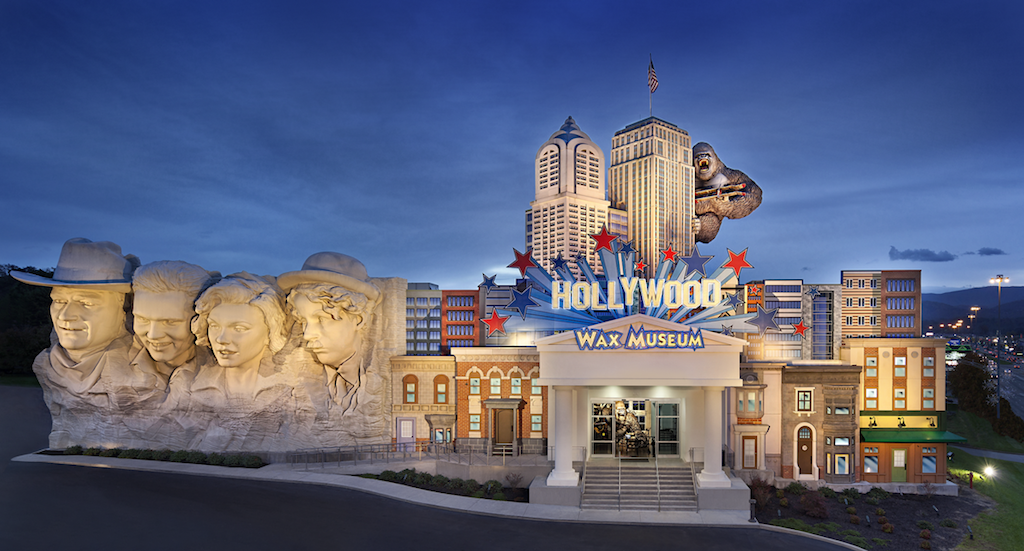