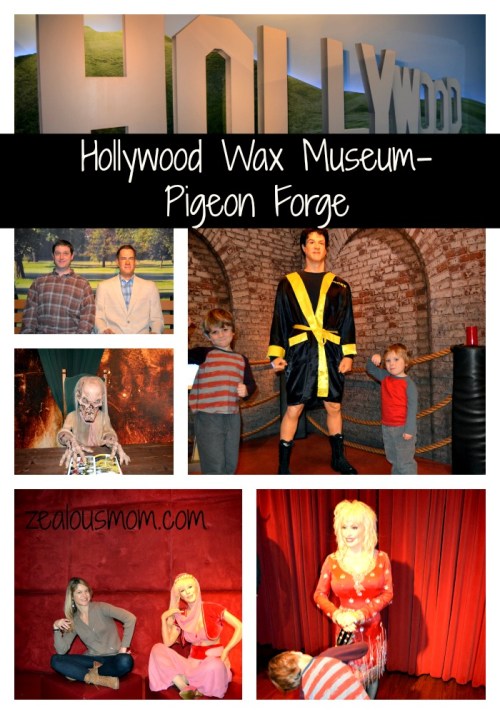 I can barely mold a circle with Play-Doh so how people create exact replicas out of wax is beyond me. Nevertheless, it sure is fun looking at these life-like figures. A couple of years ago, we happened upon a wax museum near The Natural Bridge in Virginia when we were on our way to DC to visit my sister’s family. That wax museum displayed mountain scenes, mountain people and American figures such as popular presidents. Brooks was enthralled and since then, has been asking to visit a wax museum again.

When I received an opportunity though US Family Guide to visit the Hollywood Wax Museum in Pigeon Forge as part of a media campaign, I jumped on it. I knew both the boys would love it as would I since Hollywood stars are always fun to see, even if they are made of wax. Though the boys loved seeing the stars made out of wax, especially since they’re huge Night at the Museum fans, I think Todd and I were even more excited because we’re fans of many of these stars or movie characters. We had fun explaining to the boys who each figure was and when Mommy and Daddy had seen them on the big screen, on TV, in a ballgame, on a music video, etc. 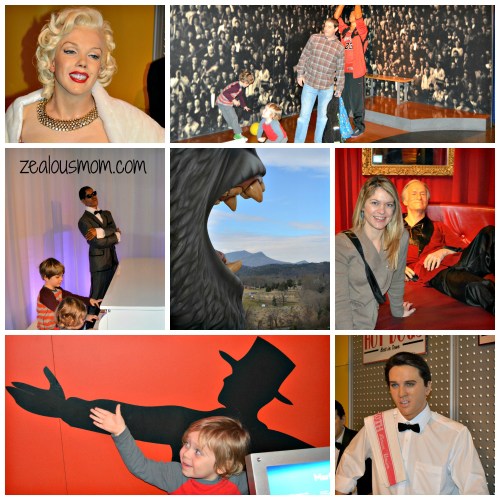 There are actually three venues on site in Pigeon Forge. These descriptions are straight from the Hollywood Wax Museum-Pigeon Forge website.

Castle of Chaos: If you love an adrenaline rush, don’t miss the world’s first 5D ride and interactive shooting adventure. Put on your 3D glasses, pick up your pistol, and explore the eerie castle that’s been rumored to host evil supernatural activity. Scary fun that touches all your senses and keeps your score!

Hannah’s Maze of Mirrors: Are you the Chosen One? Find your way through the mirrored corridors of the Castle of Savannah. Discover 288 potential turns among hundreds of mirrored archways and infinite reflections in every direction. Fun for all ages! 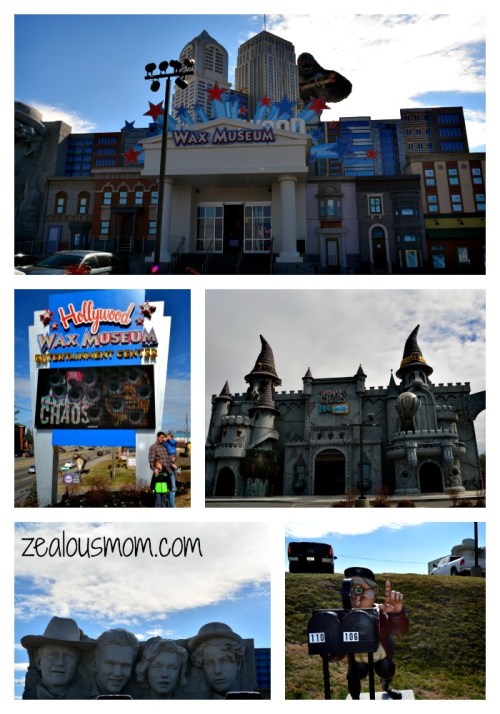 You save money when you purchase tickets online. The Hollywood Wax Museum is truly entertaining for folks of all ages. Have fun!

In compensation for this post, our family received free tickets to the Hollywood Wax Museum-Pigeon Forge though US Family Guide blogger network. As always, comments and opinions are 100% my own.